We’re mighty pleased to present our first Live/Online auction for 2020.

We are thrilled to bits to bring to you the first live auction in New Zealand of the new decade. Not only do we hold more Live auctions than anyone else in New Zealand we are the only auction house to have printed catalogues to assist our buyers with information on the wines we are auctioning.

February is a traditionally strong auction and this year is no different. The New Zealand section has the always sought after Te Mata with both Coleraine and Awatea as well Stonyridge Larose and Destiny Bay from Waiheke joined by the now non-producing St Nesbit from Karaka. Central Otago Pinots are high on everyone’s list and we have many including Felton Road Block 5 and the Prophet’s Rock Cuvee aux Antipodes made by Musigny superstar Francois Millet. There are also fantastic Pinots from the very exclusive and mostly elusive Bell Hill in North Canterbury and the highly regarded single vineyard Pinots from Escarpment. Hawkes Bay Syrah’s are headlined by the Homage from Trinity Hill. If it is Chardonnay you are after we have good quantities from Central Otago, North Canterbury with Mountford and Greystone, Nelson with the Bob Campbell MW 100-point Neudorf 2014, Marlborough with Pyramid Valley and Hawkes Bay with Te Mata Elston, Clearview Reserve and Sacred Hill Rifleman’s.

Australia is also looking marvellous with South Australia proudly showing off the Yalumba Octavius, Henschke with multiple vintages and Hill of Grace and the Cyril Cabernet and a 1976 Museum Release, John Duval (formerly the winemaker of Grange) and Bins 707, 389, 28 as well as Grange and RWT from Penfolds. Not to be outdone West Australia has Cullen, Moss Wood and many vintages of Cape Mentelle Cabernet including the prestigious Jimmy Watson winning 1982.

Europe features Vega Sicilia Unico from Spain and Egon Muller from Germany and Italy puts its best foot forward with Tignanello, Sassicaia, Ornellaia and Masseto from Tuscany and Gaja and Bricco Rocche from Piedmont.

France is really pushing the boat out with prestige Champagne from the likes of Dom Perignon and Krug. But the fun really begins with the huge amount of 100-point wines from all over France with Rayas Chateauneuf du Pape 1990, Paul Jaboulet La Chapelle 1990, Chateaux Cheval Blanc 2000, Latour 1982, Mouton Rothschild 1986, Angelus 2005, Pavie 2005 and 2009 and Leoville Las Cases 2005. But we not only have 100-pointers but also DRC, Armand Rousseau, Ramonet and Leroy from Burgundy, Clos des Papes from Rhone, Chateau d’Yquem from Sauternes as well as First and other Classed Growths and great value Cru Bourgeois from Bordeaux.

There are wines for all palates and wallets in this auction and as you can probably tell we are a little bit proud and as pleased as punch to be able to offer them in this auction.

See you all at Caro’s Wines on 14 Mackelvie Street, Grey Lynn, at 6:30 pm onTuesday, 11th February. As always, our auction will be streamed live on auctions.wineauctionroom.com. 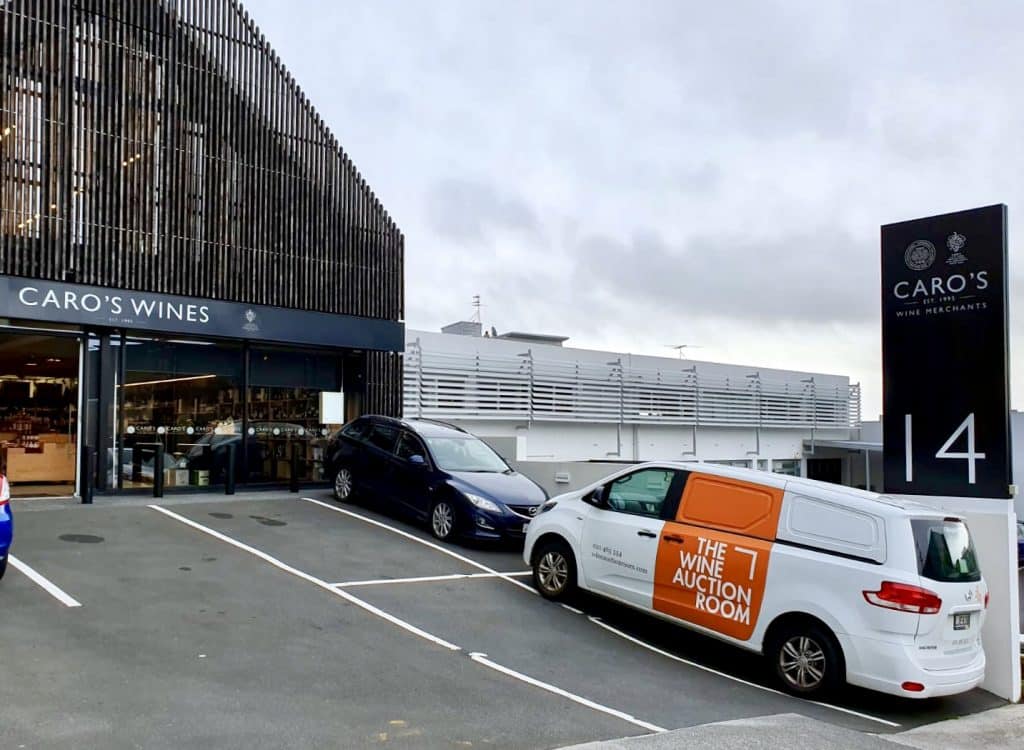