25 Mar The decline of the oak barrel in winemaking

Posted at 11:30h in Winepedia by Cecilia Lee
0 Likes
Share 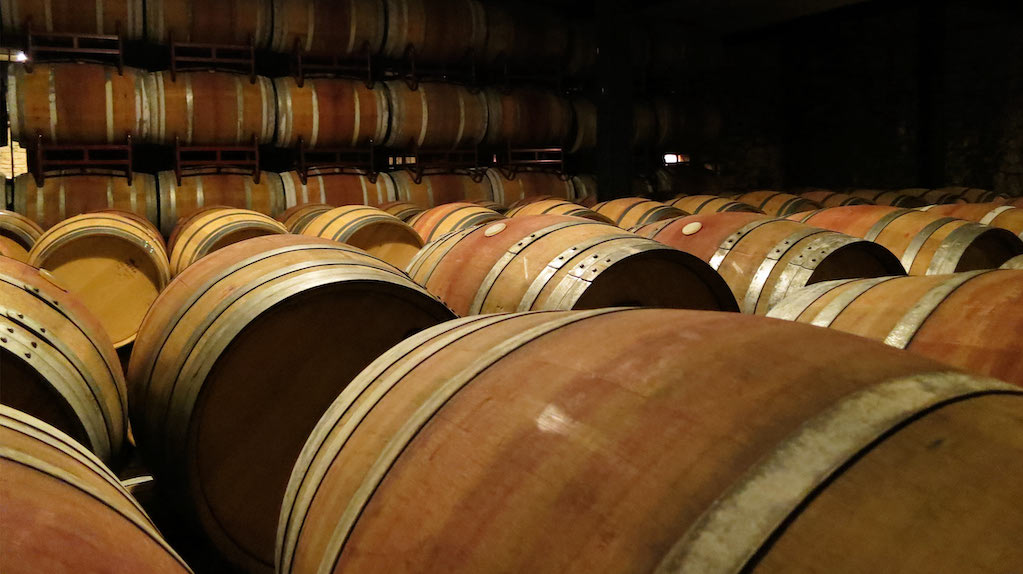 For the next two months or so the wine business’s two great ancillary suppliers, coopers and cork producers, will anxiously watch weather reports in the northern hemisphere. Frosts such as those that shrank the 2017 wine harvest in Europe have a serious effect on their bottom lines. Over the past quarter of a century, the cork industry has also had to deal with alternative bottle closures, especially screwcaps, while barrel-makers have a more recent threat: indifference. Traditionally, oak has been by far the material of choice for wine barrels. Being watertight and supple but hard, it has a natural affinity with wine. It allows in just enough oxygen to encourage stability and clarity as the wine ages, and its flavours seem to marry particularly well with many wines. American oak is used for ageing sherry and various spirits but French oak has been the né plus ultra for wine producers — not least because the French government has been managing extensive forests carefully dedicated to the needs of winemakers for centuries.

Around the turn of the last century, however, consumers fell out of love with overtly oaky wines. In the 1990s, wine producers would boast about how many new French barrels they bought each year — and at several hundred dollars each, this would be their single biggest annual capital cost. Since then, “oaky” has swung from being a compliment to a criticism. New, small barrels impart the oakiest flavour; old, large ones the least. In the past, many wine producers in countries new to sophisticated wine production — and new to selecting the best barrels made from the most sensitively seasoned wood — ended up making wines that tasted crudely of oak. These often rather obvious flavours could swamp the fruit and it is not surprising that there was an anti-oak backlash among consumers.

Among well-educated wine producers, it is the physical properties of oak, the way it smooths the wine and leaves it more complex, that have been treasured, not the flavour it imparts. In general, there has been a notable shift away from new, small barrels to reusing barrels several times in the same cellar or winery. Similarly, there has been a move away from the most traditional barrel size of about 225l to bigger containers of between 300l and 600l whose oak imprint on the wine is less marked. I have observed a real evolution over the past few years in what wine producers show off about: it used to be how new and small their barrels are; now it is often how old and large. At the same time, bigger wooden fermentation vessels, often made from oak, have been popular for smart red wine, as have stainless-steel tanks. Concrete is also experiencing a revival in all sorts of shapes and sizes, especially large concrete eggs, which encourage contact between the lees of fermentation and the wine. In some regions there has been a return to giant clay jars and even amphoras as tradition continues to trump technology. A couple of top Meursault producers are ageing some of their wine in glass. With all this in mind, I have been wondering about the effect on French coopers’ balance sheets. I have collected comments from three of the biggest. Jérémie Le Duc is commercial director of Seguin Moreau, which has cooperages in Cognac, Burgundy and — a sign of the times — Napa, California. He is based in Cognac, whose brandy must by law be aged in French oak barrels. “There is a trend for less oak and larger barrel sizes,” he wrote in an email. “But if we look in detail, the trend is soft and didn’t start yesterday. Some winemakers tried to completely stop the use of oak (fashion, influencers’ role, price . . .) but most of them came back and found another balance.” 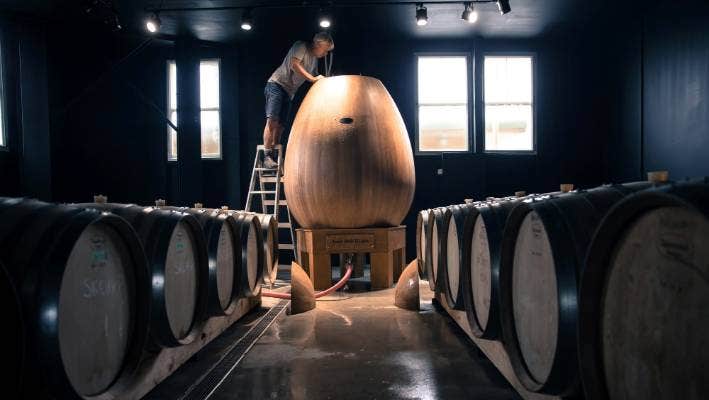 Tony Bish with the oak egg, traditional oak barrels and stainless still tanks at his winery

Le Duc reports a fashion for really large oak vessels with a capacity of 1,000l or more and some signs of interest in woods other than oak such as chestnut and acacia that have been used for wine production in the past. “So I would say, yes, less oak, but also different oak. Some winemakers and consultants want, like and need oak (for structure, oxygen, tannins, roundness) but without oak aromas.” While he admitted that demand from the traditional wine regions may have weakened, he claimed that newer, cooler regions in countries such as Poland and Sweden were helping to fill the gap. Oeneo, which owns Seguin Moreau, diversified into stoppers some time ago and owns Diam, the leading manufacturer of technical corks, the ones made up of tiny cork fragments that are guaranteed to be free of the dreaded cork taint — and to be awfully difficult to reinsert into a bottle neck unless you do it as soon as the cork is pulled. Seguin Moreau has also been busy developing particularly fancy barrels and even spherical concrete tanks. If winemakers still wish to impart that unfashionable oak flavour, oak chips, oak staves and oak sticks can be dangled in tanks.  François Frères is the best-known Burgundian cooper. Its managing director Max Gigandet is not the only cooper to acknowledge the effect that the wildfires in Australia and California are having on their business. For the 2020 vintage, smoke-tainted grapes may lead some producers to sell off their wines in bulk rather than treating them to their usual careful barrel maturation. One must assume that Seguin Moreau Napa will break no sales records this year. A good 80 per cent of François Frères’ barrels are exported from its base in Burgundy and Gigandet reports increasing orders from Canada, China, Brazil and eastern Europe. He saw demand for larger barrels grow considerably over the past 10 years but thinks the trend is levelling off. And wine producers in Bordeaux, for instance, with their barrel-ageing cellars carefully and expensively designed to accommodate the traditional 225l cask, may find it difficult to change for purely logistical reasons. Chêne & Cie is one of the world’s most important coopers, with cooperages in France, Hungary and one in Kentucky specialising in American oak barrels for whiskey distillers. Chief executive Henri de Pracomtal admits by email that “in many regions the proportion of new oak has been adapted and excess new oak on thinner wines has stopped. Larger formats, between 300l and 600l, which have been traditional in the Rhône and Italy, are gaining popularity. But no famous Cabernet or Pinot Noir [producer] has stopped ageing in new oak barrels, even if a number of them are experimenting with amphoras.” De Pracomtal takes comfort in a recent trend towards moving back to ageing wine in oak in Champagne, not just chez Krug and Bollinger but by a host of “small brands and vignerons as a means of differentiation and reaffirming a positioning as ‘grand vin’”. He is also proud of the fact that his French cooperage business Taransaud posted consistent growth between 2014 and 2020, helped presumably by demand from distillers, though he is braced for the fallout from the California fires. Like Seguin Moreau, Chêne & Cie offers a host of oak-based alternatives to barrels but de Pracomtal rules out serious diversification. “Our little group is called Chêne & Cie [Oak & Co], so from an image and credibility standpoint, and due to the experience of our sales team, we would have difficulty selling steel or clay!” Oak and wine may still be a marriage made in heaven but the divorce rate is slowly increasing.

The experimenters These are some of the producers most obviously experimenting with alternatives to oak barrels for wine maturation.

Plus a wide range of producers in Georgia, southern Chile and Montilla-Moriles in Andalucía (following tradition) and in Australia (forging a new path).