One of the most successful wines to have been launched in the past 10 years is made from grapes that travel 30 hours from vineyard to winery, including an overnight ferry journey. The Tolpuddle vineyard is in the Australian island state of Tasmania. Since 2011, it has been owned by cousins Martin Shaw and Michael Hill Smith, who ship the freshly picked grapes via Launceston and Melbourne to their winery in the hills above Adelaide in South Australia, about 1,300km away. Tolpuddle makes almost equal quantities of Chardonnay and Pinot Noir.

In only its second vintage (2013), the Pinot Noir picked up three trophies in the 2015 International Wine Challenge (IWC), including Best Australian Red. In total, Tolpuddle wines have won 17 trophies in Australia and the UK. The 2020 Chardonnay alone won five awards at last year’s Royal Melbourne Wine Show. There is every likelihood that Tolpuddle would also have picked up trophies in the Decanter World Wine Awards, a rival competition to the IWC also held in London, but Hill Smith, who is also Australia’s first Master of Wine, is co-chair of the Decanter awards so does not submit his own wines for scrutiny.

It seems appropriate, however, that Tolpuddle wines should be judged in the UK, since they take their name from the Dorset village famous for its “martyrs”. These were 19th-century labourers, dispatched to Tasmania as convicts for the crime of setting up an agricultural union. Their leader George Loveless served some of his sentence working on a property on or very close to where the vineyard is located. The 23.7-hectare vineyard was originally planted in 1988 on a site selected by the late Tony Jordan for Domaine Chandon, the Australian sparkling wine outpost of Moët & Chandon. (Jordan had a record of scouting out sites for vines, having spent four years travelling round China in search of the perfect spots for LVMH to produce sparkling wines and still reds.) Jordan planted the original vineyard along with wine producer Garry Crittenden of Mornington Peninsula, just south of Melbourne, and local landowners the Casimaty family. The idea was that, with it being virtually the closest bit of Australia to the South Pole, the cooler temperatures would provide suitably high-acid fruit for fizz. At this stage Jordan was also shipping fruit for Domaine Chandon 3,370km across the Nullarbor desert from the cool, far south-west of Australia in order to keep his sparkling wine refreshing enough.

Australian wine producers are much less fettered by geography than their European counterparts. During the journey, either to Domaine Chandon or Shaw + Smith’s winery, the grapes have to be kept as cool and intact as possible so they don’t start to ferment. This requires refrigerated trucks and picking the fruit in shallow crates so that the berries aren’t crushed by the weight of those above them. According to Hill Smith, Tolpuddle’s 30-hour journey virtually replicates what is common practice with grapes grown on their own estate, of keeping freshly picked grapes in a cool room before fermentation to maximise freshness. Since acquiring the Tolpuddle vineyard, Hill Smith and Shaw have tweaked it considerably, pulling out clones that were specifically designed for sparkling wines and substituting mainly Burgundian ones, improving pruning techniques, building a dam to ward off frost and buying a further six hectares of neighbouring land.

They never intended to buy land in Tasmania until they set off on a road trip through the island in 2011. At that time, Australia’s top winemakers were desperately looking for cool-climate vineyards, and the potential of Tasmania was just beginning to be appreciated by producers, if not yet by consumers. Some of the grapes from Tolpuddle vineyard were bought by Hardys for the blend of its flagship Eileen Hardy Chardonnay, for instance, and another big company was paying A$7,000 a ton, twice the going rate, for the fruit from one of the vineyard’s blocks of Pinot Noir. On their road trip, the cousins asked a young local winemaker Peter Dredge to organise a tasting of the best Tasmanian wines and found that “all the Pinot Noirs and Chardonnays we loved came from Tolpuddle”, recalls Hill Smith. “So, some time later, we had an overdraft, no idea who would manage the property, nor where the wine would be made, but Martin, who is not given to spontaneity in any form, was amazingly set on it.”

They can’t have regretted their purchase. Tolpuddle has done much to raise awareness of Tasmania as a still wine region. Extraordinarily, the first vines to be planted in any quantity on the island were the late-ripening Cabernet Sauvignon. When global warming really sets in, then presumably this will eventually be substituted for the much earlier-ripening Pinot Noir and Chardonnay that dominate the island’s vineyards today. For now, Domaine A, which is under new ownership, is the only Tasmanian winery to have shown consistent mastery of Cabernet, the most famous red wine grape of Bordeaux. The current buzz here is making Tasmania’s answer to super-fashionable — and ever less affordable — red and white burgundy. Wine-minded climatologists like to compare “degree days” during the grape-growing season, when heat rises above a certain base temperature for growing. 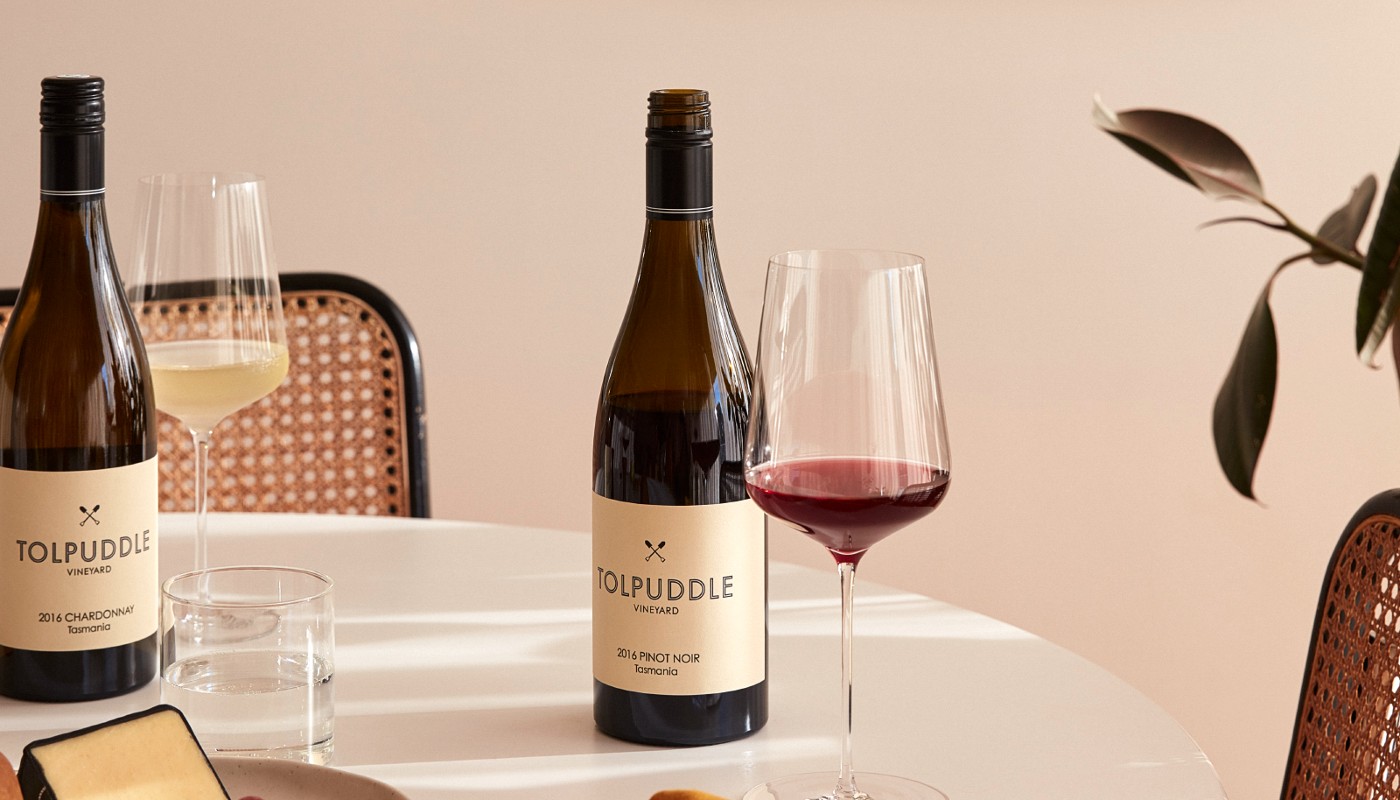 Tolpuddle, which is in the Coal River Valley, notches up an average of just 1,180 and the widely accepted minimum of 500mm of rain a year, while the averages for Dijon in Burgundy are 1,319 and 775mm respectively. Tasmania is being planted apace with vines but it’s still tiny compared with the rest of Australia’s wine regions, representing less than 1 per cent of national production. As Hill Smith observed when presenting Tolpuddle’s first 10 vintages to a roomful of sommeliers at Trivet restaurant in London last month, “You will spill more wine in a year than Tasmania produces.” The wines were truly exciting and, at about £65 or $70 a bottle retail for the latest vintages, 2020 and the even more approachable 2021, compare favourably with their Burgundian counterparts.

I was swept off my feet a decade ago when I tasted the first Tolpuddle vintage, 2012, especially the Pinot Noir. The 2012 Chardonnay now looks not so much refreshing as positively tart. In this first year, they had the grapes pressed on the island and shipped juice, not grapes, to the winery in South Australia, exposing it to too much oxygen, so there was a problem completing the conversion of harsh malic acid to softer lactic acid. But that was the only real disappointment in this line-up of 19 wines, all screwcapped so they’re free of any cork taint or oxidation. (Vintage 2019 was the victim of wildfires and smoke taint, alas an increasing phenomenon in the wine world, so the 2019 Pinot Noir was sold off in bulk and the 2019 Chardonnay lacks the class of other vintages. But that was hardly the fault of the talented winemaker Adam Wadewitz, who arrived in time to make the second 2013 vintage.)

Hill Smith also told us about his finest hour. Tolpuddle is the only Australian wine to have featured in the annual tasting of some of the finest wines in the world, organised by the fine-wine-buying club Ficofi in Paris every December. At this glamorous event a few years ago, Aubert de Villaine, the Burgundian figurehead then in charge of the world-famous Domaine de la Romanée-Conti, approached Hill Smith and said he’d been advised that he must taste this Tasmanian upstart. I advise anyone with a taste for burgundy to do so too.