Posted at 11:00h in Winepedia by Cecilia Lee
0 Likes
Share 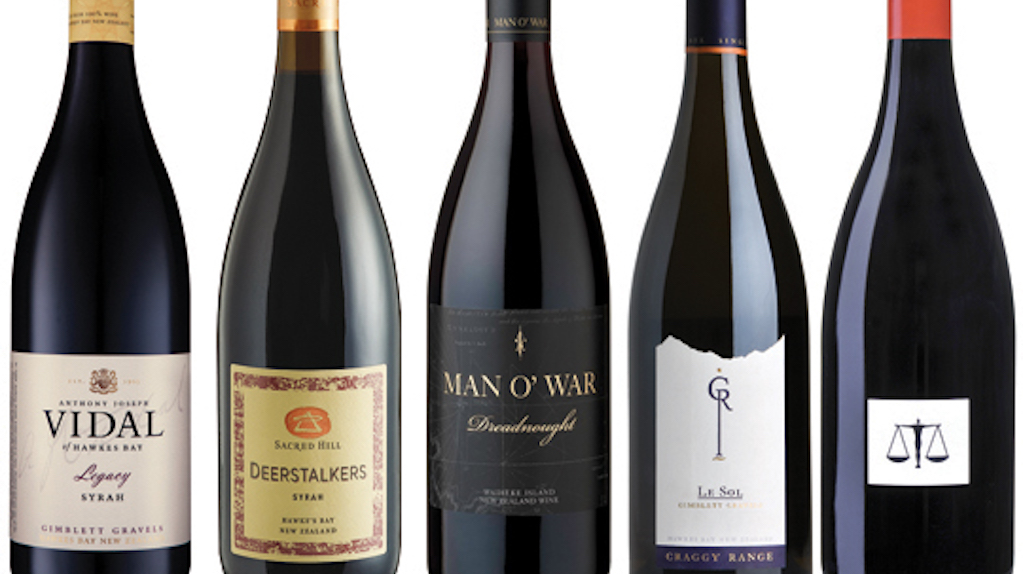 Syrah plantings might still be small in New Zealand, but the wine’s mix of New World fruit and Rhône-like savouriness is already turning the heads of sommeliers the world over.

Syrah is probably not the first variety that comes to mind when you think New Zealand reds. And you’re not alone. In last year’s Master of Wine (MW) examination, most candidates in the blind tasting exam put a pair of Kiwi Syrahs firmly in the Rhône.

Yet great things were being predicted for the grape over 100 years ago. The government’s first head of viticulture, Prosecco-trained Romeo Bragato predicted that ‘Black Hermitage’ should be ‘at least one-half of the vineyard’ of the country when he first visited in 1895.

Sadly, phylloxera and the temperance movement soon put paid to that, and Syrah was sidelined for almost 80 years in a lonely corner of Te Kauwhata, the now-shuttered national viticultural research station. The variety was resurrected by scientist Alan Limmer. He chanced upon Syrah vines that were due to be ripped up as no one had shown any interest in them, and decided to plant them at his vineyard, Stonecroft.

In 1989, he released his first Syrah. Since then, cuttings from his vines have become the basis for many of New Zealand’s best Syrah vineyards. It’s a grape that is gaining in popularity – since 2010, Syrah plantings have increased by almost 50% – though at 439ha it continues to be a tiny drop in a sea of Sauvignon Blanc and Pinot Noir. Syrah is just over 1% of the country’s vineyard area.

Yet it does punch above its weight. Its distinctive style has had critics drooling, predicting that, even from this low base, it could be the next big thing. New Zealand offers a mid-weight, elegant expression of Syrah. It’s moderate in alcohol, provides refreshing acidity and exudes ripe blackberry fruit with a savoury streak – think smoky bacon and black pepper. Hawke’s Bay-based John Hancock, who co-founded Trinity Hill in 1996 and has recently launched Hancock & Sons, is not alone in thinking New Zealand has something unique in Syrah.

‘It’s very transparent so it shows where it is grown very well. That’s why I believe it will be the grape that makes Hawke’s Bay’s name. Like Marlborough Sauvignon Blanc or Central Otago Pinot Noir, you simply can’t reproduce Hawke’s Bay Syrah.’

The temperate climate of the North Island’s east coast makes Hawke’s Bay best-suited to Syrah. However, it doesn’t have a monopoly on the variety. Syrah is also a major player on Waiheke Island, a 40-minute ferry ride from Auckland.

There is also a splash of Syrah made in the windier climes of Martinborough and a few brave souls trying to ripen the grape in Marlborough. Harvested around a month later than Pinot Noir, it can be challenging to achieve full ripeness in those regions. Plus, since it’s a naturally vigorous variety, growers in the cooler areas have to thin their crops to stand any chance of getting to the finish line.

In the warmer Hawke’s Bay, producers tend to grow their Syrah on the alluvial Heretaunga Plains, most notably on the free-draining, bony soils of Gimblett Gravels and the slightly richer soils of the Bridge Pa Triangle, which imbue the Syrah with a bit more mid-palate flesh.

Located around 20km from the shores of the South Pacific, summer daytime temperatures are much higher compared to coastal vineyards, and surface stones retain heat long after the sun has set, enabling full phenolic ripeness.

A key component in New Zealand Syrah is rotundone, a compound that is responsible for the peppery character. A single drop can make a 50m Olympic swimming pool smell peppery, though one in five people can’t recognise it at all. The results of pioneering PhD research revealed that New Zealand Syrahs have higher levels of this peppery compound than Australia, France and the US.

It’s particularly prolific in Hawke’s Bay (in Cabernet Franc too) and seems to be more prevalent in cooler vintages. But don’t think that this single compound is responsible for the uniqueness of New Zealand’s Syrah. The meeting of bright New World fruit with Old World savouriness; ripeness with freshness, makes it as characterful and distinctive as New Zealand Sauvignon Blanc. True, it’s still in the shadows of Pinot Noir, but this emerging gem fully deserves to be discovered by sommeliers and recommended to their customers.