16 Oct How to Find Amazing Wine Bargains at Auction

Posted at 11:00h in Winepedia by Cecilia Lee
0 Likes
Share

Sotheby’s sells ultra-rare Bordeaux for hundreds of thousands of dollars. But its President of Wine, Jamie Ritchie, says there are also fantastic values to be had—if you know where to look. 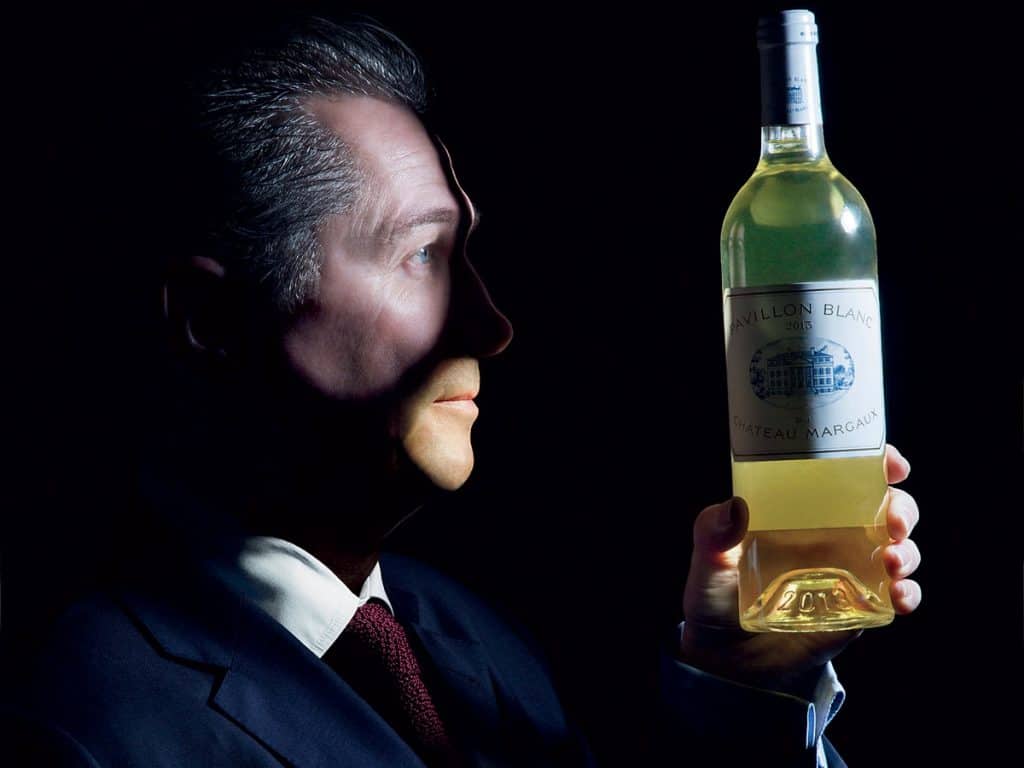 You’ve been with the Sotheby’s wine department for more than 25 years. What advice do you have for wine-auction neophytes?
The first thing I’d say is to call us, the wine department. We’re happy to give people help with what they’re looking for, what kinds of wine to bid on, how to bid and so on—it’s essentially free advice. Are they looking for wines to invest in? To drink? Or drink in 10 years? There’s zero fee for any of that.

What else would you suggest?
I’d watch out for buying too much wine that’s going to be ready to drink all at one time—buying cases and cases of one vintage of Bordeaux, for instance. Also, if you’re going to buy wine as an investment, keep in mind that there are relatively few wines that actually appreciate in value over time. Maybe 20 to 30 Bordeaux châteaus and 10 Burgundy producers, and only from the best vintages, make up the majority of the investment market.

Most auction news is about cases of ultra-rare, ultra-expensive wine. Are there still any steals to be had?
Always. There’s always value to be found, whether it’s a vintage, a winery or an area. For instance, wines that aren’t the main focus of a collection: Mixed lots [a case of 12 different bottles, for example] can be fun to drink and an incredible value. We had a lot of five bottles—1978 and 1981 Ducru-Beaucaillous, three 1981 Gruaud Laroses—that sold for $49 a bottle recently. [2014 Ducru-Beaucaillou is about $110.]

What’s the largest auction you’ve ever run?
A collection of 75,000 bottles, owned by Prince Johannes von Thurn und Taxis of Germany. We had 22 Dutch students helping us, and it still took  10 days to pack up. We had to haul it out of the basement of a castle. The prince used to throw parties for, you know, a thousand people—if you’re having dinner for a thousand and pouring everyone the same wine, you need a lot of it. And he was a man who really liked having parties.

What about the most expensive bottle you’ve ever sold?
Lafite 1869, which we sold in 2010 in Hong Kong. It went for almost $233,000 a bottle. It’s still the most expensive single wine that’s ever  been sold at auction. And we sold three of them, one after another, all to the same buyer. That sale was nuts. It was at the peak of the wine-auction frenzy in China. We’d estimated the wine would go for more like $5,000. But I’m not complaining.

For those who don’t feel like spending hundreds of thousands of dollars on one bottle of wine, what would you suggest?
People forget that Bordeaux under $25 can be a really good drink. At our retail store I could find 10 fantastic examples of under-$25 Bordeaux easily; a couple of my favorites are the 2010 Château Barreyre and the 2011 Divin de Corbin. I defy you not to finish either of them! Also,  at auctions, consider good but overlooked vintages. With Bordeaux, the ’01s are completely overshadowed by 2000. The 1998 vintage is sort of another lost vintage in terms of the market. And there are some super 2004s that are drinking very well right now, too.

Is Bordeaux the heart of the auction market?
Over 60 percent of our annual sales are still Bordeaux. The thing about Bordeaux is it produces enough wine at high enough prices; however many new Colgins or Harlans or Screaming Eagles there are in Napa, they’re still just a drop in the wine ocean. The same with Burgundy.

What led you to work in the wine-auction world in the first place?
Back in the late 1980s, I was thinking about a career in the wine business—I was working in a restaurant while I was a law student—and I thought, I’m probably overambitious, but if I live till I’m 70 and drink a bottle of wine every day, then I’ll end up drinking about 20,000 bottles of wine in my life. So I figured that if I was going to be in the wine business, I ought to work at the fine-wine end of it. The other side of it is that I always wanted to be an actor. In England, a failed actor becomes a lawyer, because you still get to perform in a court of law, and evidently failed lawyers become auctioneers for the same reason.

How far have you gotten into those 20,000 bottles?
I can rarely think of a day when I haven’t had a glass of wine, and I’m 52…so 12,500 bottles in. The other thing about being an auctioneer is you have to be good at math.