Posted at 12:00h in Winepedia by Cecilia Lee
0 Likes
Share

Château Lafite Rothschild is undoubtedly one of the world’s most prestigious and collectable wines. Tim Triptree MW helps explain why it’s so highly sought after

Château Lafite Rothschild has a rich and fascinating history. The first reference dates back to 1234 and the name Lafite derives from the historic language term ‘fite’, which means ‘mound’ or ‘hillock’, and describes their plateau which is one of the highest spots in the appellation.

At the beginning of the 18th century, Lafite’s wine was sold in London, where it was reported to be a favourite of the Prime Minister, Robert Walpole, who was reputed to have purchased barrels of 1732 and 1733. In France, Lafite became known as the ‘King’s wine’, after being introduced to the Court at Versailles by Maréchal Richelieu.

The first of the ‘first growths’

In terms of red Bordeaux, or claret as it is also referred to by the British, there are no greater wines than the five châteaux referred to as the ‘first growths’: Château Lafite-Rothschild, Château Latour, Château Margaux, Château Haut-Brion and Château Mouton Rothschild.

First growth, or premier cru classé, is the top tier of the Bordeaux classification, a list drawn up under the instruction of Napoleon III in 1855. The wine producers were classified according to a château’s reputation and trading price, which, at that time, was directly related to quality.

The wines were ranked in importance from first to fifth growths (crus), with four first growths listed initially (Mouton Rothschild was added in 1973). Lafite was officially ranked first in the list of the 1855 Classification of the Bordeaux Grands Crus Classés prepared for the Universal Exhibition in Paris in the same year.

Within the five rarefied first growths, Lafite is perhaps the wine with the best reputation for quality and longevity, commanding correspondingly high prices. It is considered by some to be the best wine to come out of Bordeaux. 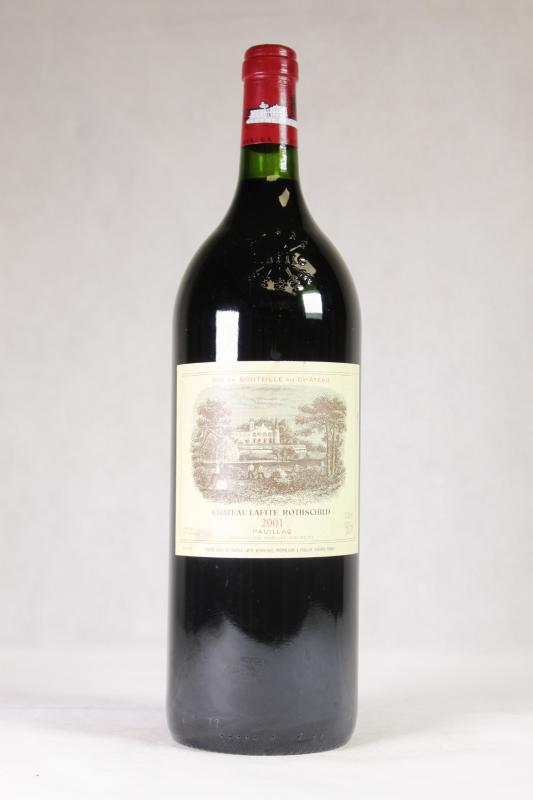 Lafite is blessed with a fantastic terroir near to the Gironde estuary in the northern part of Pauillac, close to the border with St-Estèphe. The Pauillac appellation is where the other First Growths — Château Latour and Château Mouton Rothschild —are located.

Today, Lafite’s 112-hectare vineyard consists of three main areas: the slopes around the Château, the adjacent Carruades plateau to the west and a 4.5 hectare plot in the neighbouring commune of Saint Estèphe, which historically has been allowed into Lafite and thus the Pauillac appellation.

The vines are planted in well-drained soil made up of fine, deep gravel, mixed with aeolian sand on a subsoil of tertiary limestone. The grape varieties are Cabernet Sauvignon (70 per cent), Merlot (25 per cent), Cabernet Franc (3 per cent) and Petit Verdot (2 per cent).

In terms of red Bordeaux, the wines of Pauillac are classic versions characterised with intense blackcurrant flavours and aromas that develop into pencil lead, cedar and cigar box with age. The wines have a vibrant acidity and a firm tannic structure which enables the wines to age gracefully over many decades in the successful vintages.

Amongst these Pauillac wines, Lafite has always held a particular allure. It is undoubtedly one of the very best wines to come out of Bordeaux. For power, there are other châteaux, but for elegance and finesse, then Lafite should be your wine. I believe Lafite’s popularity, particularly in Asia can be partly attributed to these characteristics of approachability in youth, the finesse and elegance combined with significant ageing potential.

I have been fortunate to taste Lafite on many occasions. The 1982 vintage is one of the best wines I have had the privilege to taste when it is on song, with impressive concentration of cassis fruit character with the classic cedar and cigar box aromatics, supremely well balanced and the finish went on and on —  a truly impressive wine!

Lafite is approachable in youth with a beautiful fragrant fruit character, however it will be fascinating to taste their younger vintages, such as 2009, 2010, 2015 and 2016 when they are fully matured. For me, the magic of Bordeaux requires patience, the wines need time to evolve their complex secondary and tertiary characteristics of cedar, leather and tobacco.

Mixed formats support both near- and long-term drinking

The best wines, which Lafite is unquestionably in that category also have a freshness and vibrancy to balance the matured bouquet. These nuances continue to evolve and change through the wine’s long life and the type of bottle format will also influence this evolution, as the general rule is that the larger the format the slower the evolution due to less oxygen compared to the volume of wine, which means those lucky enough to have magnums, double-magnums, jeroboams or imperials of Lafite can enjoy their wines over a longer drinking window period. Irrespective of whether in bottles or magnums or larger, Lafite should be an important part of your fine wine collection.